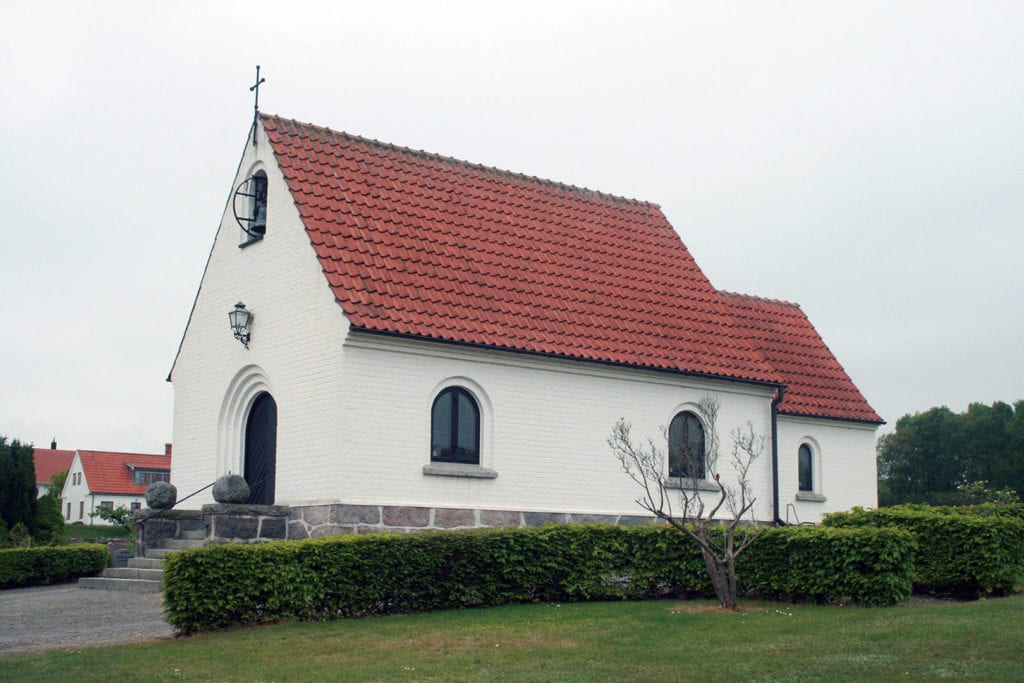 St. Thomas's Chapel is located at the fishing village of Baskemölla, which belongs to the Gladsax parish and the inhabitants here. Through the centuries they have had Gladsax's church as a sanctuary and its cemetery as a burial ground. However, there was a desire to have a cemetery Baskemölla, as the transport between the fishing village and the church community was not always easy to carry out.

Finally, the cemetery was completed in year 1922. At that time, there were no plans to build a chapel, but since both a priest and church council in Gladsax ordered that funeral services would be performed in Gladsax church and not as usual at the grave at Baskemölla cemetery, it was decided to institute a chapel for erection of a funeral chapel. After a few years of work, own fundraising and some financial assistance from the church council, the chapel was inaugurated in October 1927.

At first the chapel was used only for burial, but afterwards the mill expanded to include other ecclesiastical ordinances and services. 1951 was therefore extended the chapel for space reasons with an absent to the north. The chapel is erected di brick that has been whitewashed both inside and outside. The interior of the chapel is clean and rustic, with hand-made bricks as flooring. In the ceiling hangs a votive ship, named S: t Thomas, which was given the name of the chapel.