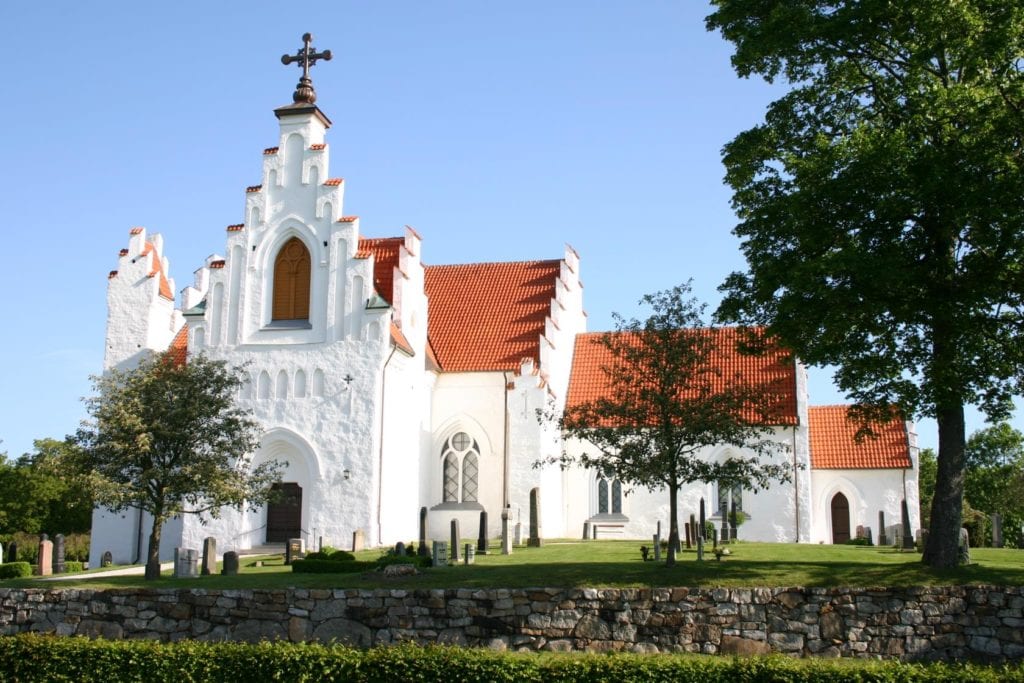 St. Olof's church is undoubtedly one of the most beautiful and interesting in Österlen. It has been a pilgrimage church and is a tourist destination of great size. The church is located in the village, which was formerly called Lundkende (Lundkinde or Lonkinna), but who until the 1500 century assumed the name of the church: S: t Olof.

The oldest parts of the church, the present choir and sacristy, were probably erected during the latter part of the 1100 century or the beginning of the 1200 century. It was dedicated to S: t Olof, the Norwegian king Olof Haraldsson, canonized shortly after his death in the Battle of Stiklastad on 29 July 1030.