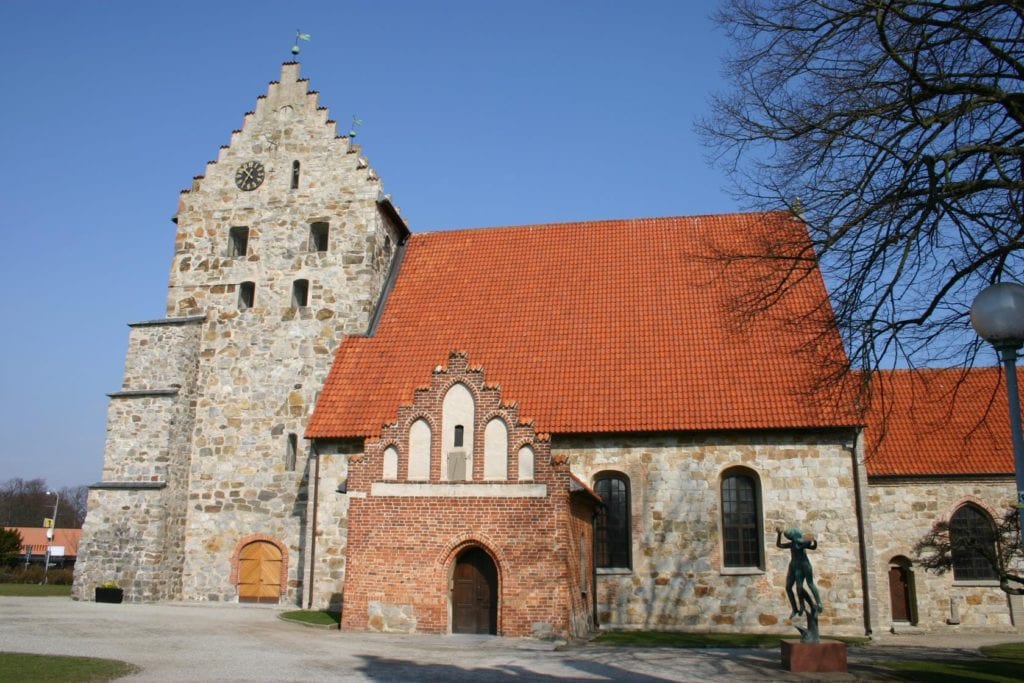 St. Nicolai church is mentioned in writing the first time in year 1161. At that time it was probably just a small fishing chapel consisting of the current choir. The longhouse was completed in the 1200 century and the arches were beaten in the 1400 century. At the end of the Middle Ages armaments and towers were built.

Externally, St. Nicolai Church 1953 changed as the plaster was knocked down so that the original facade of quartzite appeared, something that today gives the church its external character.

The baptismal font is from the 1100 century and made of limestone. During the first half of the 1600 century the interior of the church was renewed. The church received a new altar essay and pulpit. At the beginning of the 1700 century, wealthy merchants adorned the church with solid wooden figures, beautiful burial pits and shimmering chandeliers. In the 1800 century, the beautiful votive ships were donated to the church.

1964 underwent a major renovation of St. Nicolai's church and then the current organ also came into place.