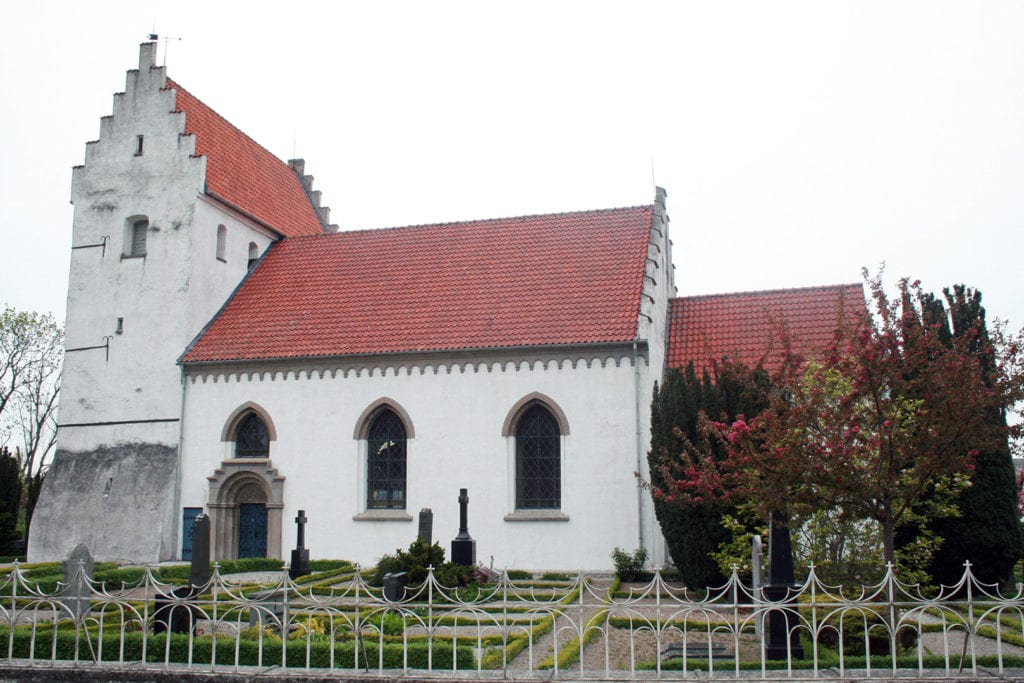 Simris church is built in the 1100 century. 1905 changed the church as the longhouse between cows and towers was demolished and the walls were moved out to get a larger church space.

In the first floor of the tower is the area's best-preserved emporizer. The southern portal is from the Middle Ages and now walled in its original location, in the southern longhouse road.

The baptismal font comes from the 1100 century and adorned with scenes from the life of Jesus. The altar essay is from 1742 and represents the institute's communion. On the southern part of the cemetery are two run stones that were found in the cemetery wall in the 1940 century.