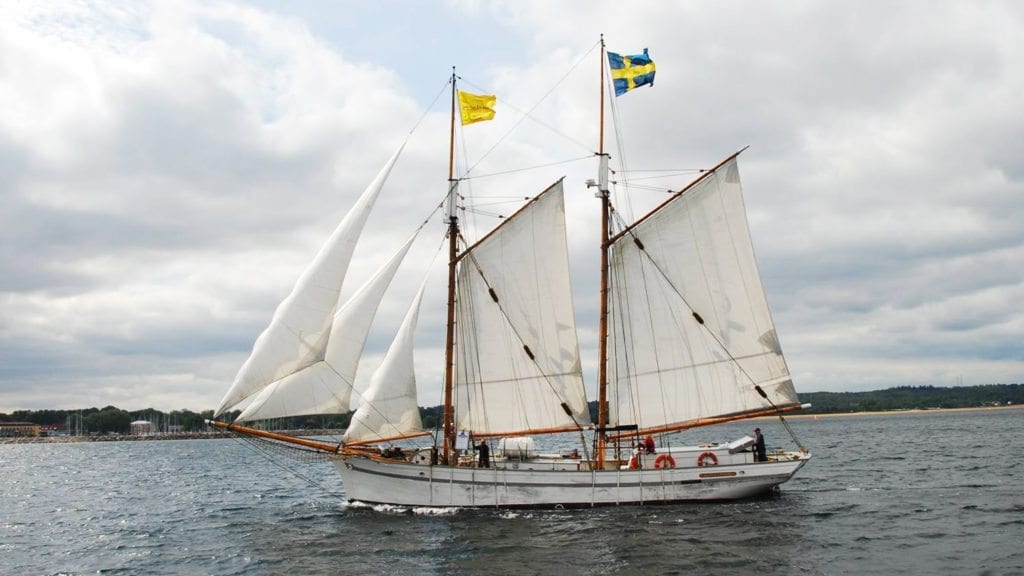 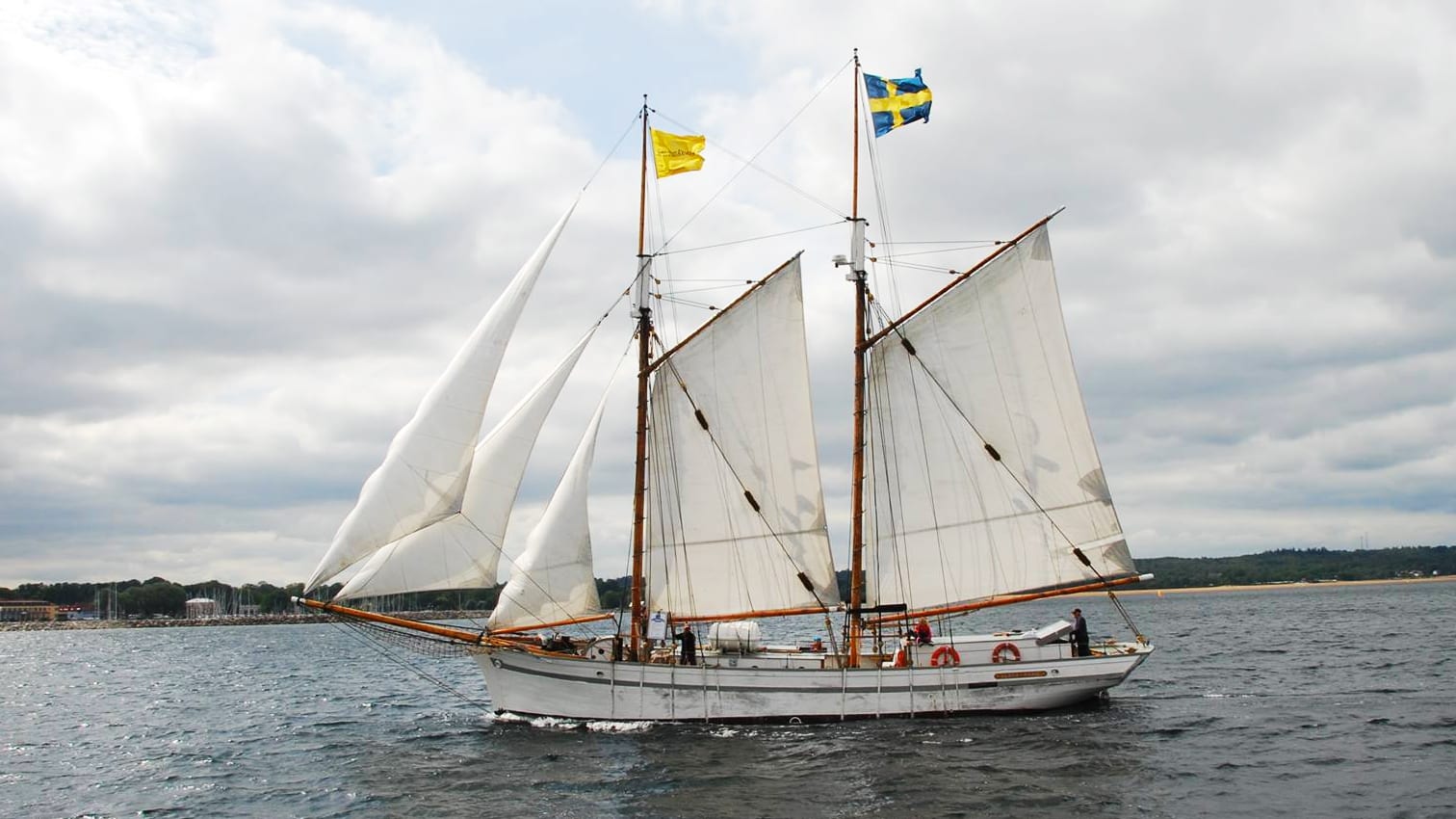 Come out and sail with Klara Marie, Skillinges pride.

Klara Marie was built 1884 in Rönne on Bornholm for shipping between Rönne and Copenhagen. The hull of the ship has a cutting edge and a small low transom. The vessel type is called "Bornholm rocks" and they were rigged as two-masted schooners.

Klara Marie has mainly sailed in the southern Baltic with Rønne as home port. 1965 was bought at Skillinge by a fishmonger who intended to use her to transport the fish purse to mink feed. Then she had been equipped with an ignition ball motor and was rigged as galeas.

Klara Marie was registered 1965 in Sweden as a fishing vessel (SIN 25) but was defined at the same time as sailing with an auxiliary engine. 1968 was sold to become a leisure craft. 1994 was bought by Klara Marie from the Association of Parts Company Klara Marie, who has renovated her and now she is again sailing. She is seen as a representative of the over 300 ships that had Skillinge as home port.

The two-mast concert and the "Bornholm clipper" Klara Marie with home port in Skillinge, have with their climbing stern and their "beautifully extended transom", a hull line that arouses many admiration. The operation around the schooner Klara Marie is today run in association form with over 700 members and Lottbrefsägare.

Welcome to sail with Klara Marie, book on the website or call 0414-311 84 or email info@klaramarie.se. 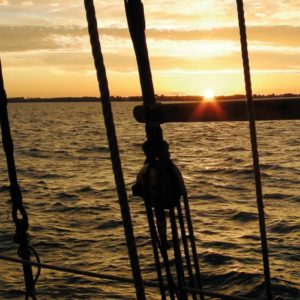 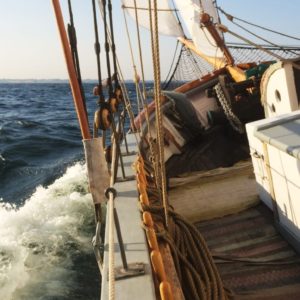 Afternoon sailing with the sailing ship Klara Marie at Skillinge can be booked. Check-in… ... 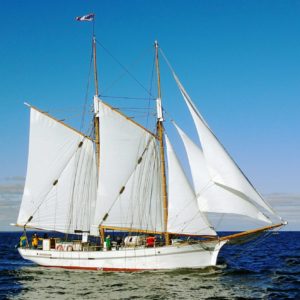 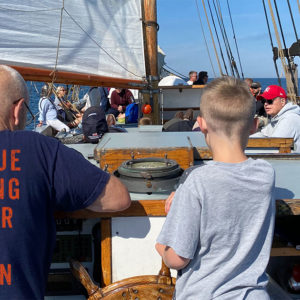 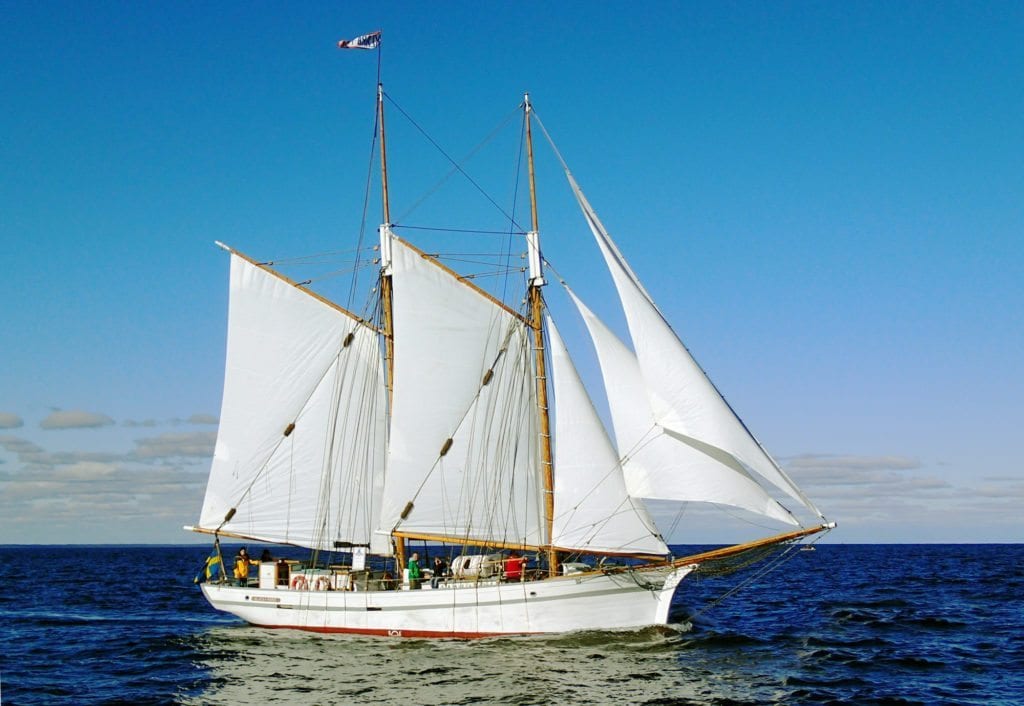 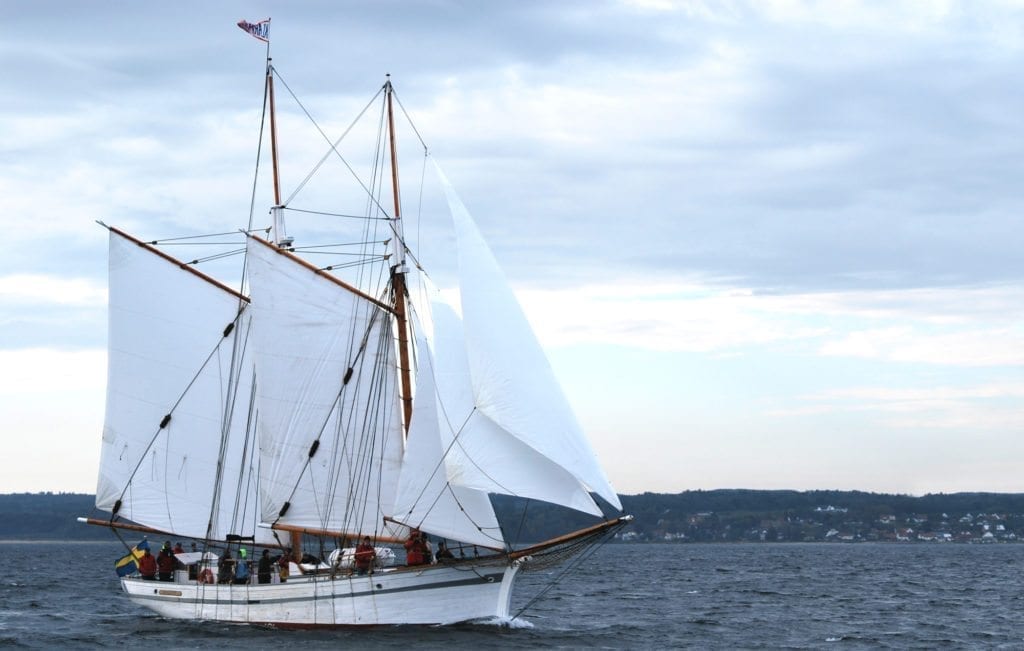 A little bit of the Mediterranean