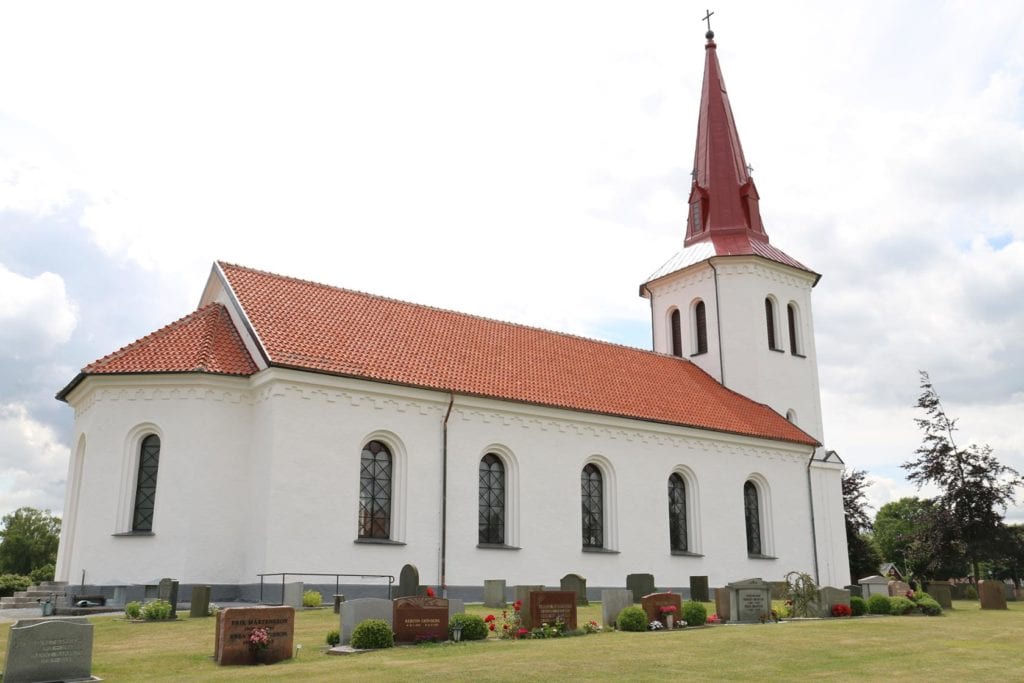 Rörum's church is large, light and airy and is considered to be one of the better 1800's churches, with its beautiful arches and tall windows. Today, the church holds close to 200 people. The altarpiece with words of foundation in Swedish and Latin is from 1593 and regained its original function and appearance after a renovation in the middle of the 1960 century. The altar essay is an imitation of a layman's altar found in Lund's cathedral.

When Rörum's church was commissioned, the medieval altarpiece was replaced with a gilded wooden cross. This was then replaced with a replica of Thorvaldsen's Christ image, against a fund of red velvet. The Christ image has since 1965 its place in the baptismal window. The oldest communion silver is from 1882.

In Rörum's church there are also three chandeliers, wall lamps, candelabras, antipendium and chandelier and many other beautiful objects. Many of the objects are donated by the church labor union or individual parishioners.