Rörum is a quiet place for strawberries. Through the old village of Rörum, the town street winds its way gracefully with houses on both sides. The terrain around Rörum is extremely hilly, two rivers flow through the village.

Rörum has two schools, one is municipal, the other Sophia school (F-9) whose basic idea is taken from the Waldorf pedagogy. In one of the old farms north of the church is the other, Fridhem which is a Waldorfförskola. The buildings in Rörum are mixed. Here are larger and smaller farms interspersed with really old half-timbered houses. To the east of the village we find a lot of orchards, among other things. pattern culture Orelund, with its well-attended fruit and delicatessen store, Green shop.

Just south of Orelund lies the golf course Little Vik and west of this yet another eighteen-hole course, Djupadal. Just outside the village there are TV-known Mandelmann's gardens, as well French creperie. Past the church to the east leads the way to fantastic Rörum's beach and Knäbäckshusen which is a very popular hiking area.

There are several artists in the village, which are very evident in connection with the art festival in Easter time. The nearest major places with school and other services are St. Olof seven kilometers west, Ahus five kilometers north and Simrishamn a mile south. Bus connections north and south are at the national road 9. A bus line also goes west via Ö. Vemmerlöv and Gladsax to Simrishamn. 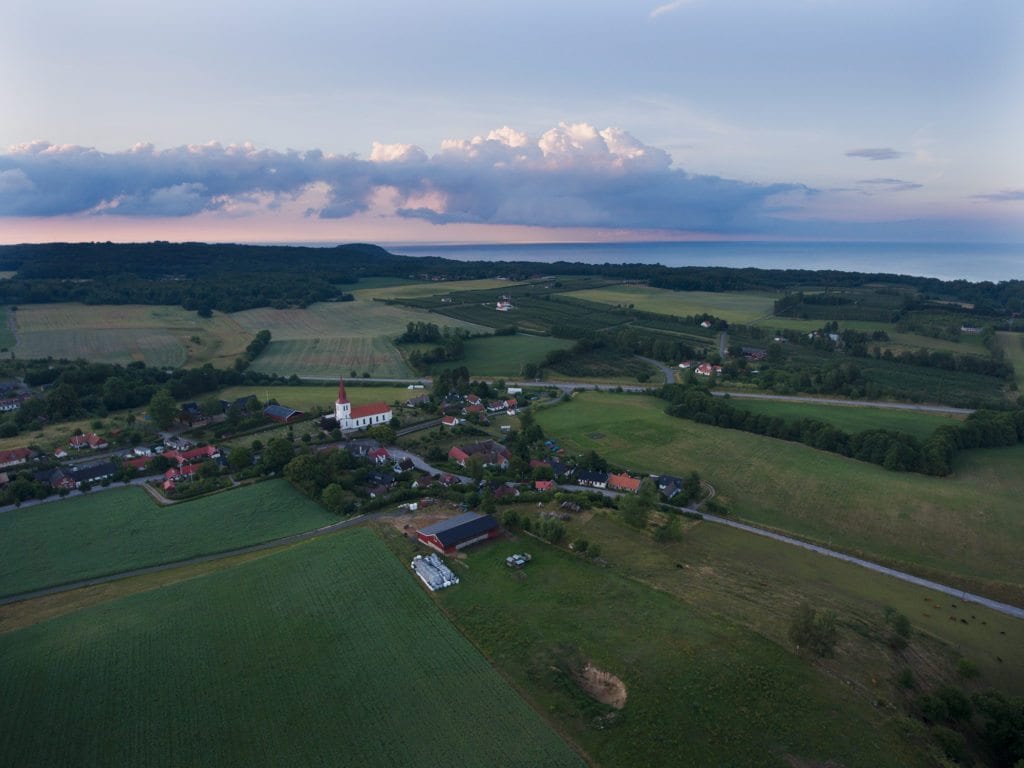