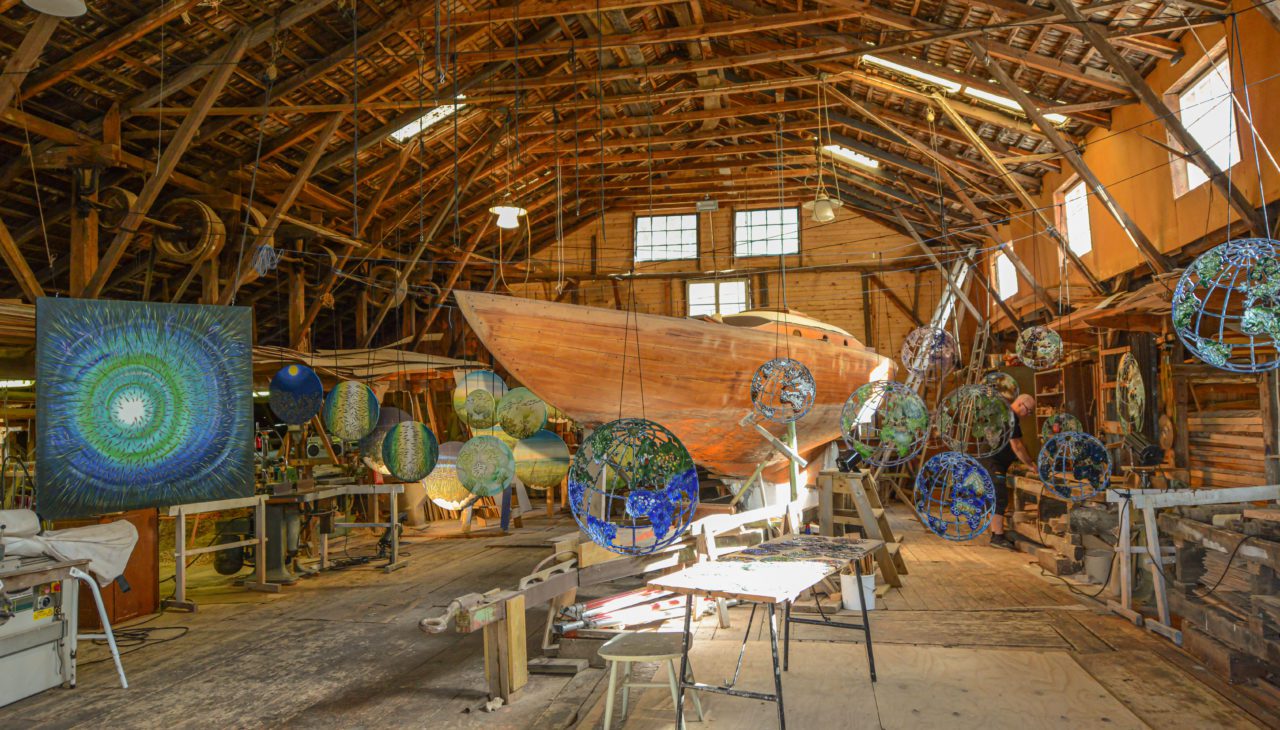 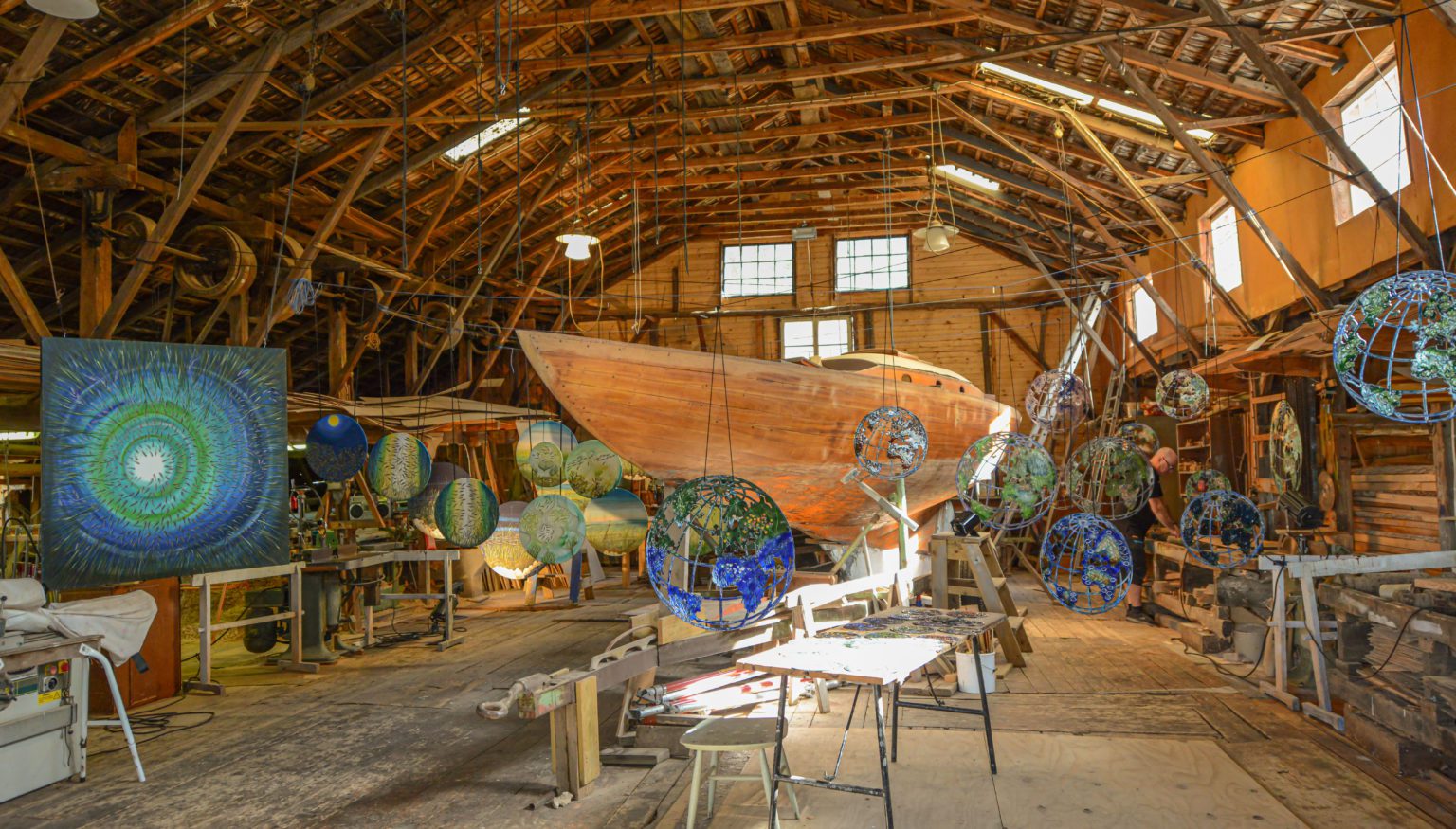 We live in a complex and visually rich world where new and old perspectives are constantly changing, in flux. Constant cultural exchanges are nothing new, but the development of new media and movement opportunities makes various forms of coincidences more complex. Artists today mix different media, techniques - new and historical - to create thoughts that say something about the present, the future and the past.

Malena Olsson uses historical techniques such as fresco painting, with deep roots in art history. She works with enamel - which during the dynamic 1960s was widely used in art - and loads the technology with new meanings. She also works with large, free-hanging enamelled copper continents mounted on plexiglass.

The exhibition The Stuffed Parrot started with a meeting with a stuffed bird at Rome's flea market Porta Portese, a private story in which the poetic title is reminiscent of the pseudonym Count de Lautreamont's legendary sentence about "the unexpected encounter between an umbrella and a sewing machine on an operating table". She moves between a private sphere of stories and works that deal with common urgent matters.

In the installation Spöknät, she addresses the ongoing and deadly littering of the oceans. Artists have an important task in giving the disappearing and the invisible physical body. Like for example. when the ice at the poles melts and becomes part of an ongoing environmental disaster that no one escapes. It can be made comprehensible through the image.

Malena Olsson has her artistic education from various schools in Rome. She has a degree from the State Academy of Fine Arts Accademia di Belle Arti di Roma and is currently active in Sweden, Kristianstad, and Rome. Malena was born in 1964 in Karlshamn

Malena lives and works in Kristianstad and Rome 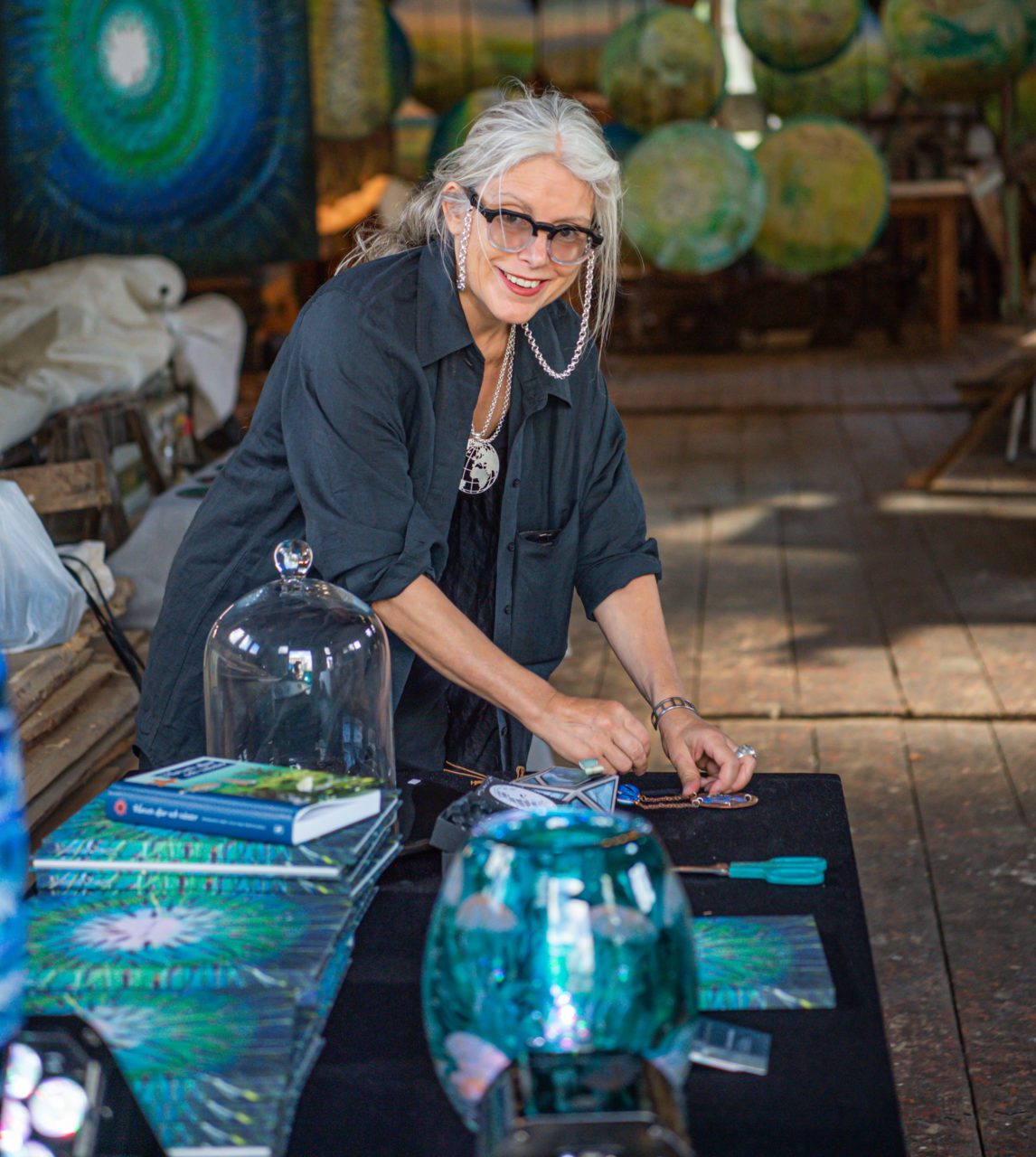 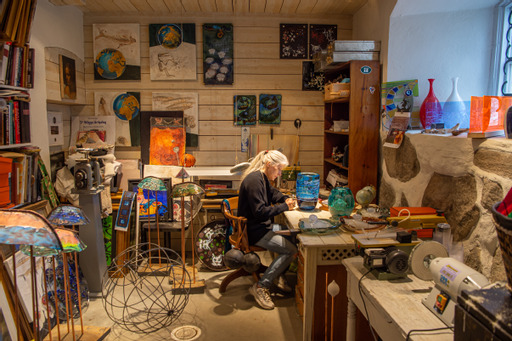 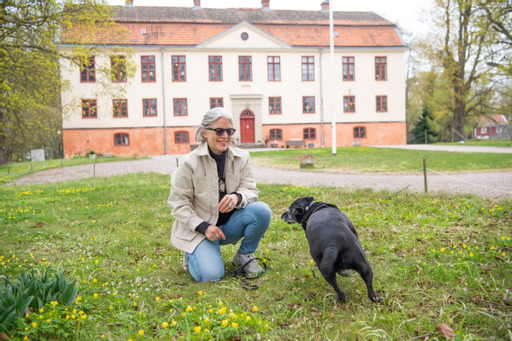 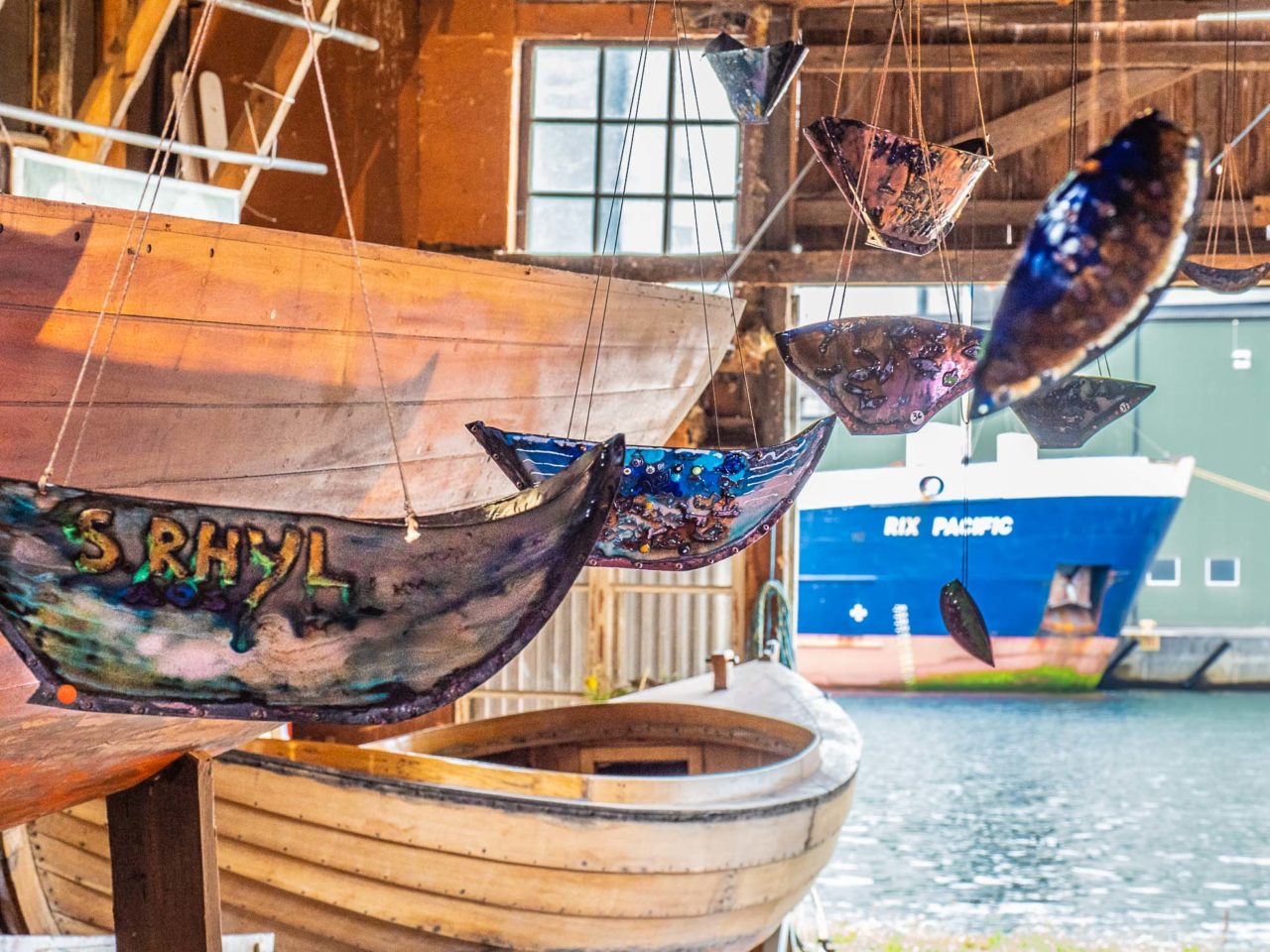