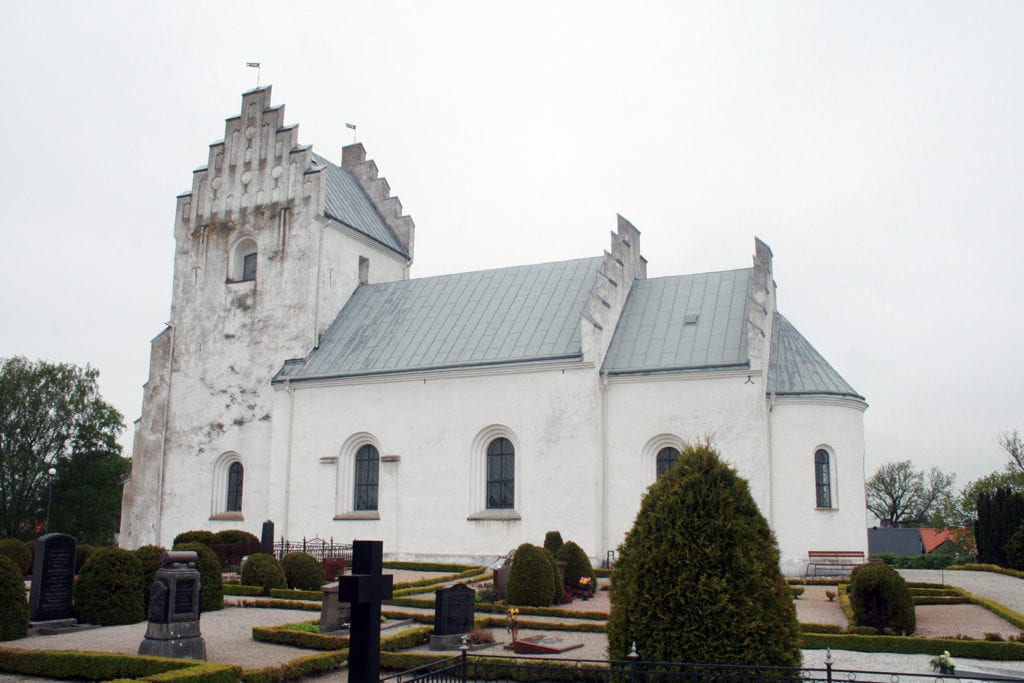 Järrestad's church was erected in the Romanesque style in the 1100 century with long houses, cows and round absid. It was during that time when the very oldest stave churches in Skåne were replaced by stone churches, but Lundadomen as a role model.

In the 1400 century, the arches were erected in the church and larger windows were opened. The church was extended with a vault to the west and the tower was built. Since year 1500 the church has been externally untouched.

The pulpit, which is manufactured under the Danish king Christian IV's reign, dated 1635, is marked on the interior.