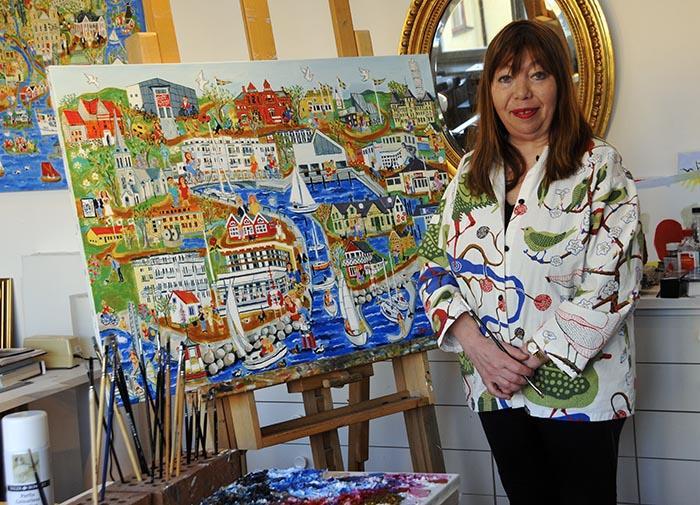 Gunilla Mann is a Gothenburg girl, born in Masthugget and educated in the Slöjdföreningen in Gothenburg (1962-67) and Börje Hovedskou's famous painting school (1968-77). The paintings from the study period show an increasingly driven artist, her color became sober, the instruments lay securely in her hand. If this had continued, one would have seen a stream of traditionally beautiful landscapes, mighty seas and white farms. Everything had been aesthetically pleasing - and yet so ordinary!

What happened was something else. Life changed. She moved to Österlen and the art that had previously been characterized by noble artistry became even an explosion of boldness and joy.

This happened in the early 1980s. Gunilla Mann became the unstable narrator of art, a life-saver in lines and color. In large oil paintings, the people murmur, dancing and singing. Circus artists hit the volts and dancers show their bodies outside the tents on Kivik's market. Men waking up with flowers and women cycling with smiling mouths and magnificent bakes through the land of the high colorite. Students turn out to be white people around the University of Lund and the Pirate House is located and Växjö Cathedral. And Siljan's water glows blue. The whole of Sweden is embraced in a rejoicing in these paintings.

The naive brush strokes, where the tempo of the story does not give time to sophisticated technology, was a language that was easy to understand and immediately went to the heart of the audience. "Sweden is fantastic" was called the separate exhibition by Gunilla Mann, when she was invited to museums abroad. The title is well-received. For this is the experience that the pictures provide. This is how spectators have known in Los Angeles, Chicago, Seattle and other nearby and remote cities. This has been the case in Bucharest and Konstanza in Romania and in distant Tokyo.

The same has been discovered by the many Nordic places, which have exhibited her works and where the museums have provided paintings by her hand. This is also the case when she appears among decorators of public buildings, most recently the opera in Gothenburg. The World Championships in Athletics in Gothenburg in 1995 bought an entire edition of one of her lithographic magazines and Systembolaget made her a popular "Christmas artist" in 1992. It was the year after Sven Ljungberg had presented his picture stories from Småland for the same forum.

Everywhere she appears you encounter the images of life and generosity. Her country is far from the well-combed roads. There she created, without scruples, the art of great disobedience. 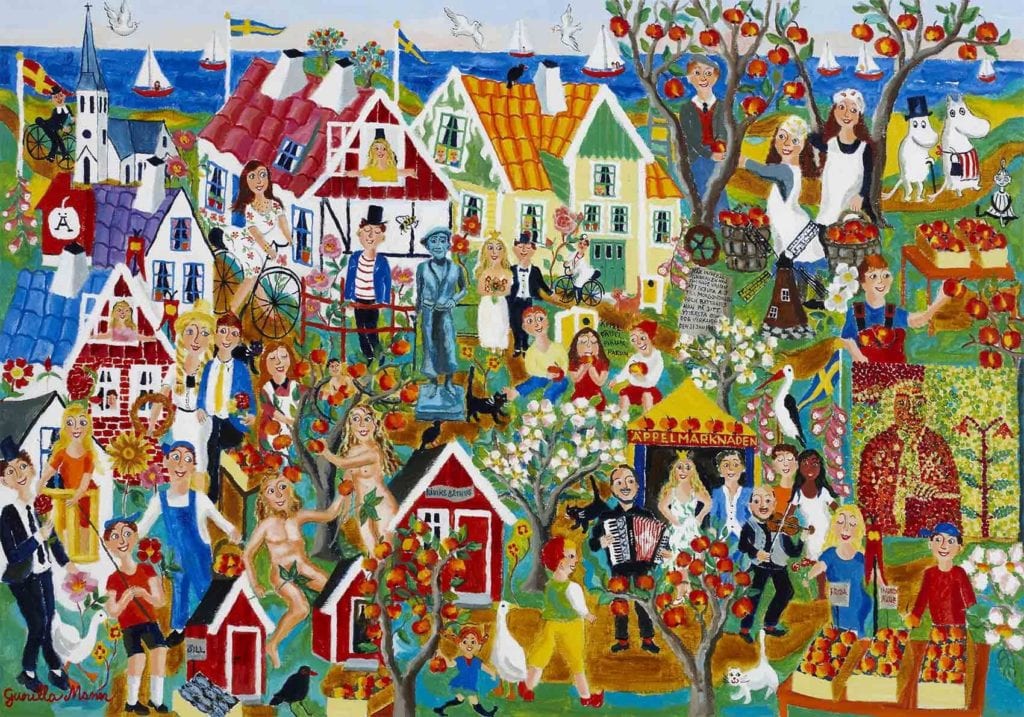 The success of the sighs