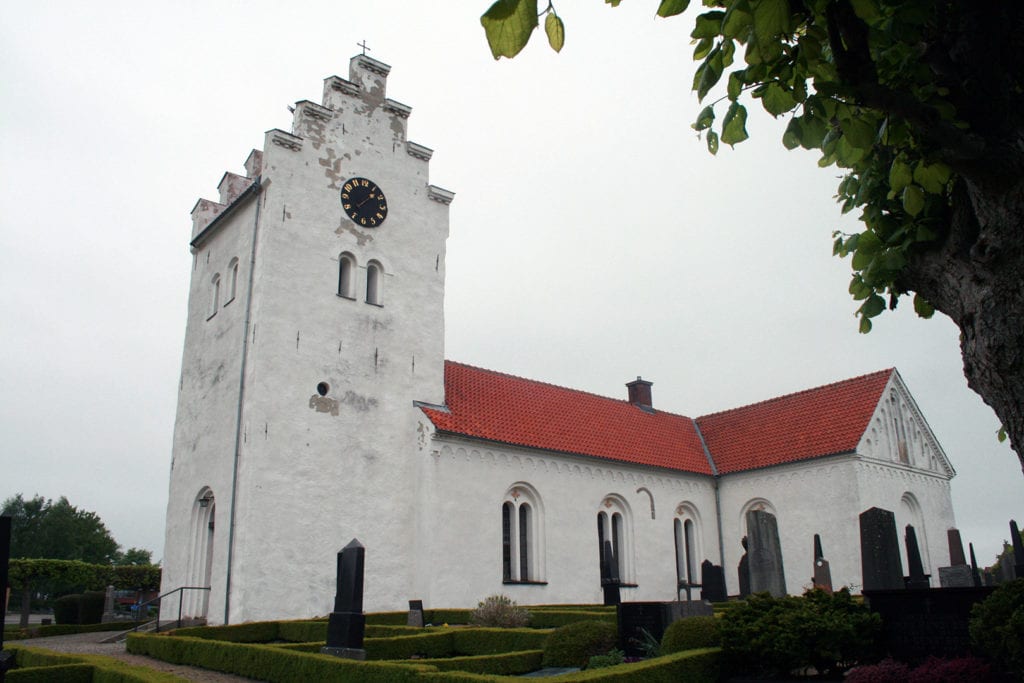 Gladsax church is built in the Romanesque style with the absent in the 1100 century. In the 1400 century the church was extended, got towers and arches. At that time, the church paintings were performed by the so-called Vittskövlegruppen, paintings that depict the 17 scenes around creation and sin. By the middle of the 1800 century, the choir part of Gladsax's church was torn down and replaced by cross arms and a new chandelier.

Gladsax church is located 100 meters from the ruins of the stately castle Gladsaxehus, which was owned by the Danish king in year 1400-1620.