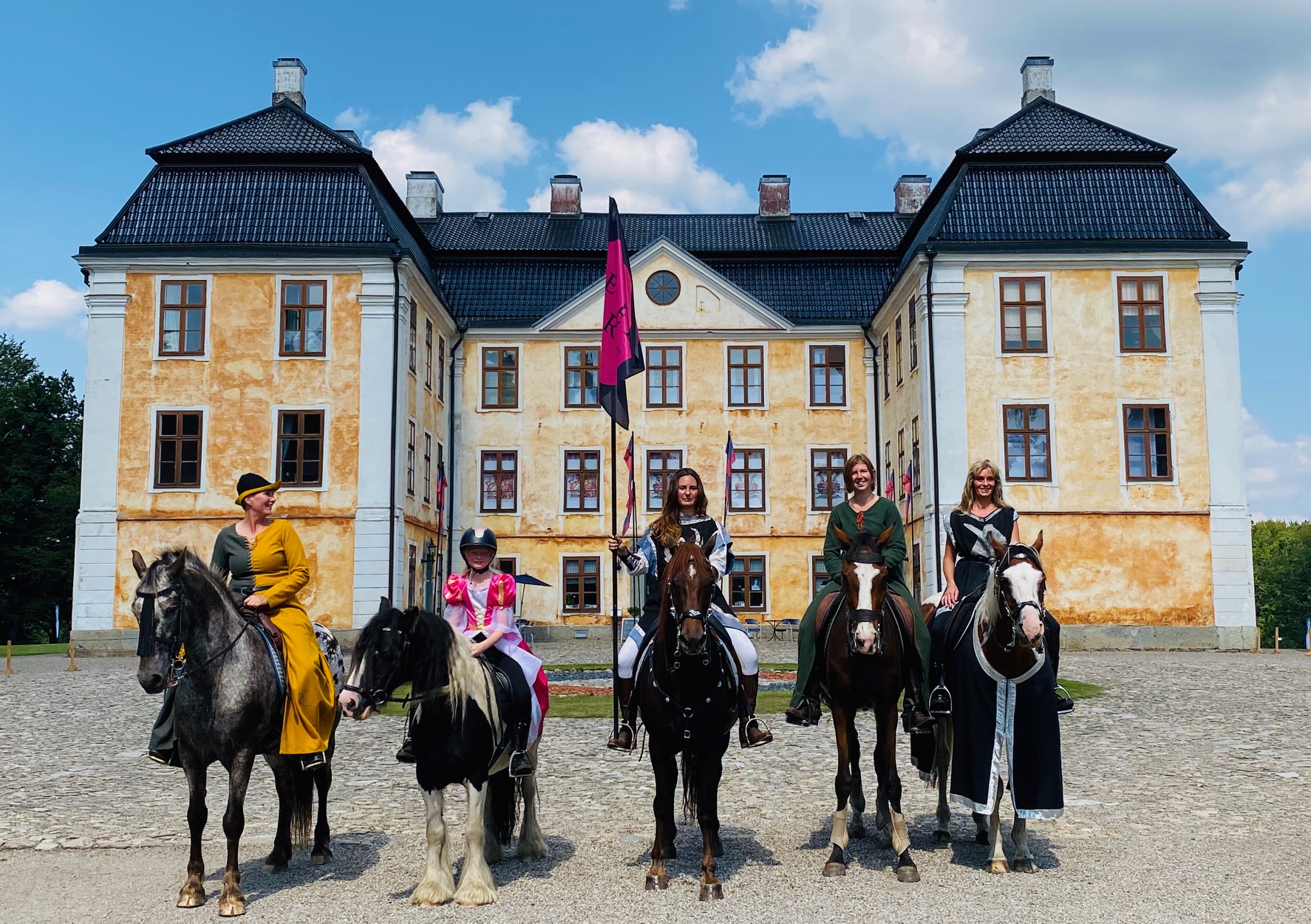 Tournament with the tournament equestrian association Silverfalken makes an exciting show with horses, knights and gunners in honor of the Rebel Girls.

Rebel Girls is back!

The popular exhibition about Christina Piper's wild descendants has grown and the girls have moved into five of their own rooms on the castle's third floor!

See the exhibition Rebel Girls tells the story of four girls who whirled around in 1700th century court life, culture and politics.
They were Christina Piper's wild descendants and pushed the boundaries of how a noble girl should live.

The power over their lives lay with fathers, brothers and when they married, with the husband. Finding space for your own needs and desires was not an easy task and required your wife's strength, creativity and perseverance.

Sometimes it worked. But it could also end really badly.