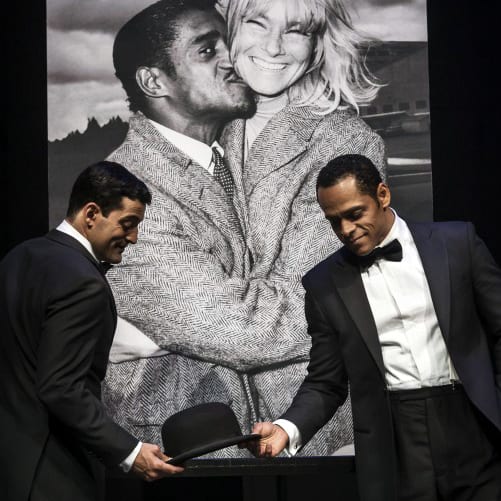 Tis 16, Wed 17, two 18 July, Big Stage, 19.00, 395: -
From Frank Sinatra's & Sammy Davis Jr's musical world, the show features a lush island of music beads from the classic Las Vegas era. Songs such as Cry Me a River, All of Me and My Way are performed by the duo Rennie Mirro & Karl Dyall in the company of an 8-man orchestra. An evening with dancing and singing in the classical musical vintage of these well-known artists who have beaten audience records with their dance and show numbers. Rennie & Karl have played the lead roles in sets such as A Chorus Line, West Side Story, Cabaré. Karl has won Guldbagge for his role in Fame and Rennie has won the Gold Mask as the best Swedish musical artist.