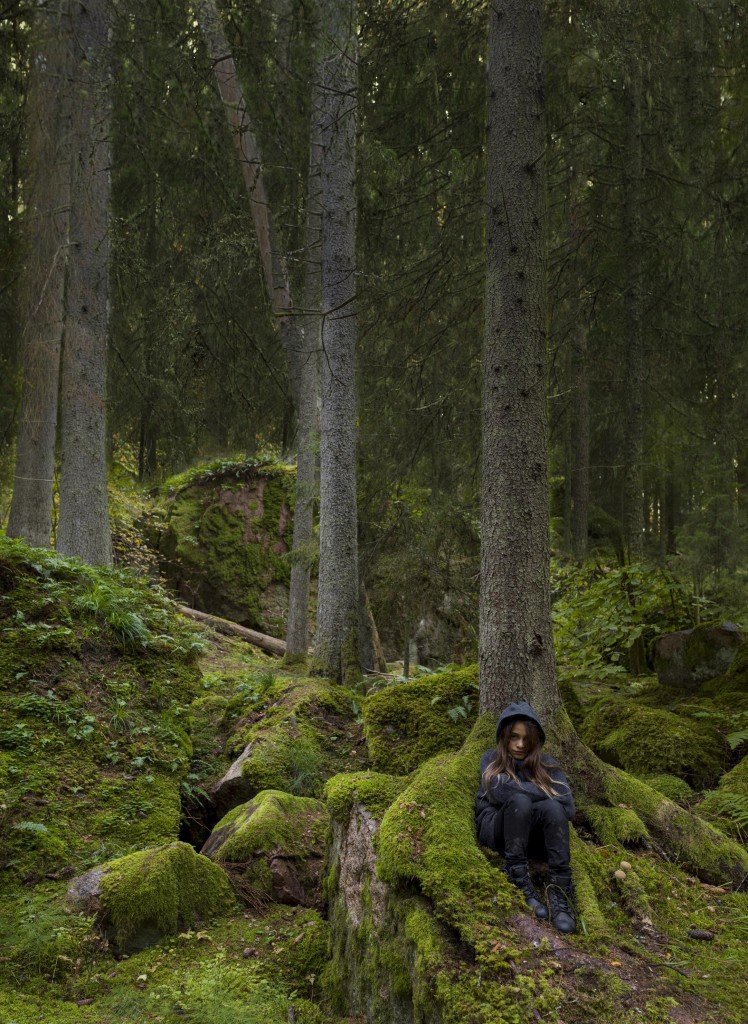 Doing nothing or not saying something is sometimes the best way to achieve change. It is a revolution, a renaissance and a resistance movement.

I Silent Revolution-The silent revolution Friberg explores various forms of resistance. To not buy anything, to stop flying, to stop fighting other people's wars. She finds a new inner strength in today's youth, beyond consumption and even entertainment.

After previously examining masculinity and its formal codes of power, Friberg now turns his attention to androgynous teenagers, who wear their hoodies as shields in a war against uniformity.

Porcelain sculptures Silent Revolution / The silent revolution (2019) by a young, dormant man resembling a cocoon from which a beautiful butterfly will eventually break free. In the same way as when Greta Thunberg and young people around the world go on strike for the climate, there is a strength in passivity - when world leaders engage in war of words, young people organize themselves in silence.

From the suite Night Vision (2019) we show two photographic works that make visible contemporary issues about the climate and the individual. Young adults are at the center of nature but also for the hope of our future in protecting their future and our nature.

The new silent revolution is telling of a new kind of revolution which is in the spirit of Gandhi and which changes our relationship with nature but also sets a new agenda. In this context is also the previous work Duration 1 (2012) included where the young girl takes in the flow of information via a laptop. Information technology has created a new and insightful generation.

The exhibition also includes two works from Mirroring Nature (2019) the suite as a complement to the images of young people in nature.

In the form of mirrors, they show a close-up of nature, which can provide inspiration for the new generation of young people who seek peace of mind and answers in the depths of the forest.

The entire exhibition space is crowned by the silent video Matador (2016) which through its suggestive-meditative movement gives power and hope to the visitors and the depicted persons in the room. We move towards the light.