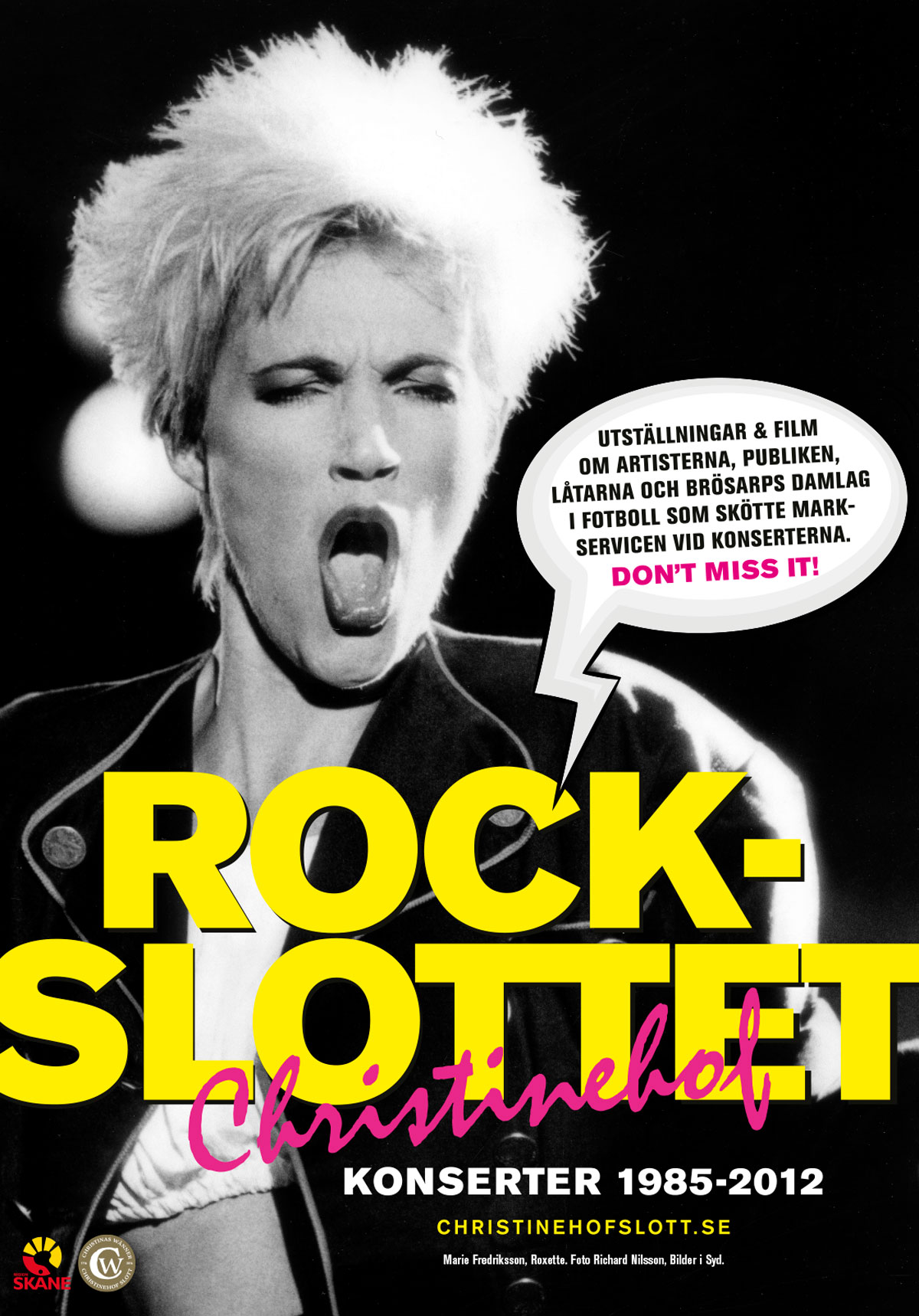 The exhibition is inaugurated by legendary music journalist Olle Berggren, who interviewed the greats of rock culture - from Bob Dylan, Rolling Stones and members of The Beatles, to Madonna and Diana Ross - during his 45 years as a journalist at Kvällsposten and later Expressen.

Then the rock band takes over Yvette Eklund Band over and gives a tribute concert to all the bands and musicians who performed at Christinehof!

The exhibition Rockslottet Christinehof tells a piece of exciting Swedish music history. For more than twenty-five years, 1985-2012, the forests around Christinehof's castle park resounded with rock, songs and ballads. Swedish and international artists attracted tens of thousands of people every summer to Christinehof in remote Andrarum.

Among the musicians who performed were several of the world's greats, such as Bob Dylan, Elton John, Jerry Lee Lewis, Chuck Berry, Little Richard, Alice Cooper, the Beach Boys, Bryan Adams and the Status Quo. A recurring Swedish artist was Ulf Lundell.

is based on memories, pictures, tickets, posters and is aimed at a wide audience, for everyone who wants to remember and for younger generations who are curious and want to know more about Christinehof's exciting music history.

On the castle's entrance level, Neta Norrmo's film about Brösarp's women's team that handled the ground service during the concerts is shown. The football girls sold tickets, directed the traffic, stood in the sausage stand and cleaned up after all the concerts. The women's team's collection of concert jerseys with the artists' names will also be displayed in a room on the entrance level.

The rock castle Christinehof is a corona-safe outdoor exhibition. The exhibition is shown on screens around the castle park's lower terrace. Each screen contains concert images and a QR code that provides additional information about the concert and which songs were played.

Buy a ticket here and pay directly with swish, only 100 tickets so first come, first served.