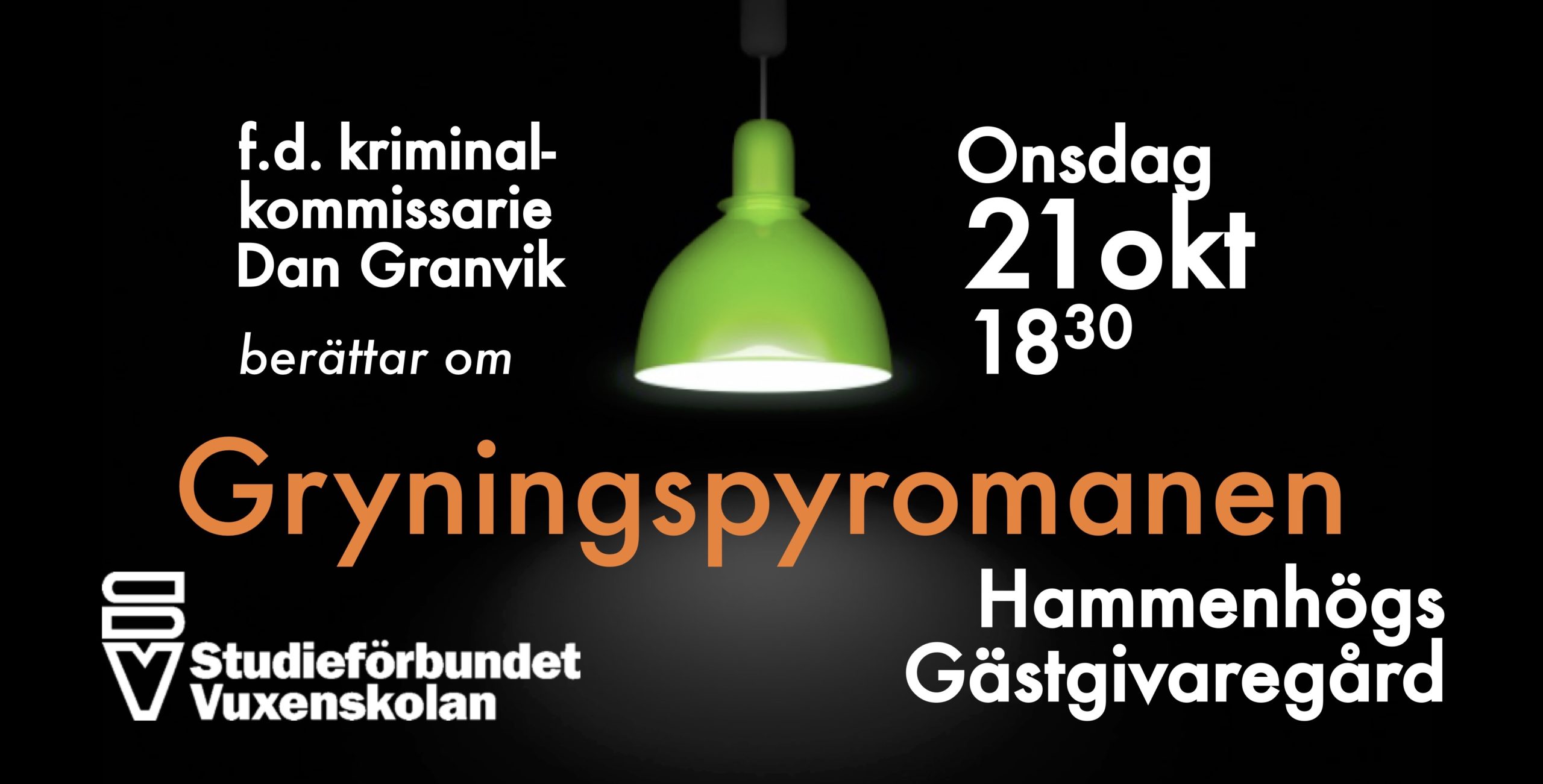 The Dawn Pyroman - Lecture by former Crime Commissioner Dan Granvik
When the dawn pyromaniac was caught red-handed in Ystad in December 2010, he had been periodically marked by four police officers around the clock. They took him 700 meters from the apartment building where he was later convicted of setting fire to. An apartment building where several families with children lay and slept, but the process here was a tenacious cat and rat game with a person like former crime commissioner Dan Granvik with fire investigations as a specialty described as extremely smart. Dan Granvik worked full time for three years trying to prosecute the dawn pyromaniac.
He was imprisoned for a long time for two arson attacks in Hammenhög: One was at Domargården which burned to the ground and the other was in Hammenhög's church. However, he could not be prosecuted for any of these either.
Policeman Dan Granvik tells about his interrogations with the dawn pyromaniac. Dan Granvik will try to explain how it could go as it did with the dawn pyromaniac and the work of the police over the years. The key to success has been a good collaboration between reconnaissance management, prosecutors and investigation management.
Entry to 280 kr. After the lecture, we offer a light meal, soup or the like. Registration via https://www.sv.se/…/gryningspyromanen…/Kassa/
+ Google Calendar+ iCal export