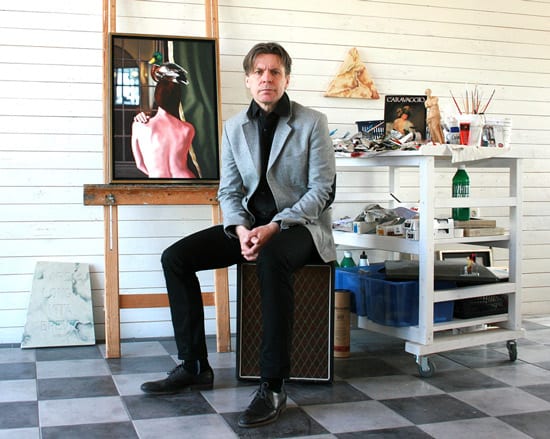 Being compared to Caravaggio, one of art history's really big names, is few well-deserved, but that is true for Frank Björklund.

Since his debut 1983, Frank has been praised for his subtle, aphoristic painting. He has received King Karl XVI's Gustav scholarship.
Numerous exhibitions in both Sweden and the rest of Europe have given him an established and prominent status as an artist. He has also achieved success in the United States. He is represented by the Walter Wickiser Gallery and has had well-known exhibitions in New York and Miami.