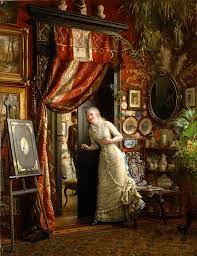 A common notion is that love played a minor role when marrying, especially in the nobility. Estate and birth were more important than emotions, and the young tu who were to marry had little to say about. But was it really so? The historian Brita Planck has been able to show a different picture by reading diaries and letters.

Brita Planck is a historian and has primarily devoted herself to research on nobility and marriage. By reading diaries and letters, she has been able to show that love had a greater meaning than is usually stated when it comes to marriage in historical times. She is currently participating in a major research project on the Swedish fideicommission. Brita Planck works at Västergötland's museum.