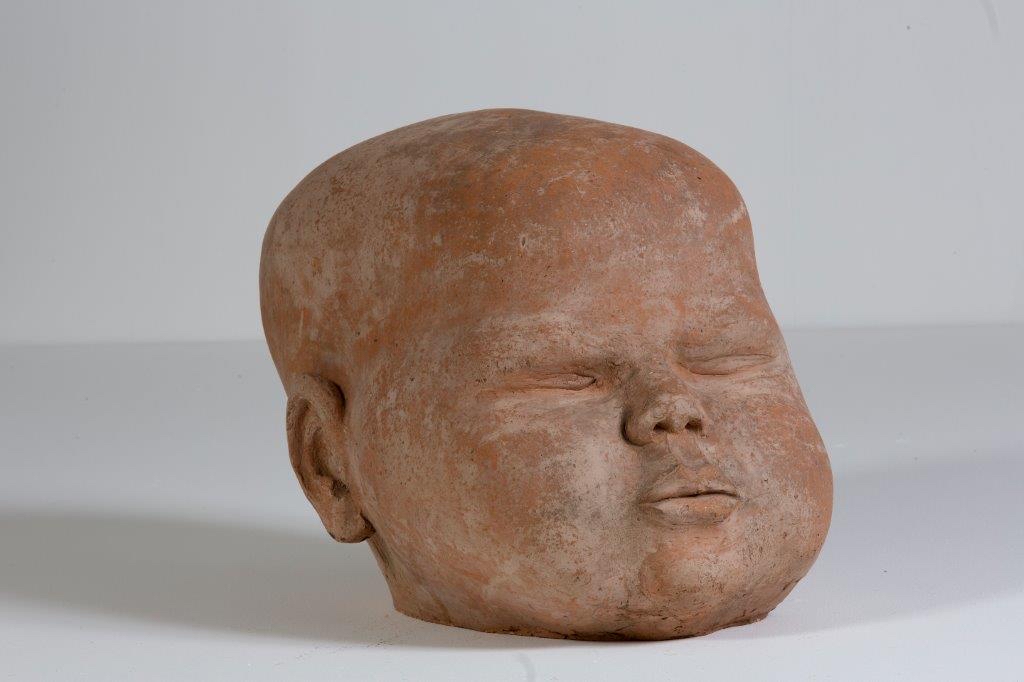 The Bästekille factory has the great pleasure of presenting one of Sweden's really great sculptors; Hertha Hillfon. She was born in 1921 in Härnösand as the fourth child in a sibling group of fourteen children. The family eventually moved to Stockholm where she began her education at preparatory art schools and then she went to Konstfack 1953 - 1957. She made her debut in 1959 at gallery Artek and shortly afterwards she was attached to Rörstrand's factory in Lidköping but stayed only for six weeks before returning to the house in Mälarhöjden which then became her fixed point with a large studio. She is perhaps best known for her sculptures by Astrid Lindgren, which are located both outside Junibacken and Astrid Lindgren's Hospital in Stockholm. It is one of Sweden's most popular sculptures and we have had the opportunity to show one of these sculptures made in Terracotta at Fabriken this summer.

Her artistic work spanned more than seven decades and has inspired many subsequent artists. With clay as a material, she created a timeless design language that led to her early receiving many public assignments, including in the Stockholm metro, in Jönköping, Gothenburg and around the country. The factory shows models and full-scale models from her large production.

With a never-ending energy, she created an incredible number of works, both abstract and imaginative. Small intimate sculptures as well as monumental faces in rolled clay. In an art world that was strongly male-dominated and where sharp boundaries for different genres could not be questioned, she dissolved the boundary between art and arts and crafts. She herself stated the bowl as her original form: "I always return to the bowl" is one of many quotes she formulated.

Through Hertha Hillfon's Friends, the Hillfon family and private collectors, the Bästekille factory has had the opportunity to display more than 150 works by Hertha Hillfon, including drawings in charcoal and pencil that have never been shown before. Here you can clearly see her strong sense of form that was translated into the sculptures by Terracotta.

Johan Petterson has curated the exhibition.

Screenings were daily at 13 p.m.
For further ev. spontaneous instructions, feel free to follow us on instagram and fb “fabrikenbastekille” where these are posted on stories.